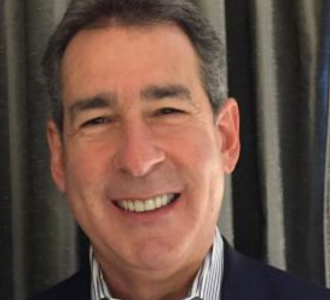 Joe Pucci admits it took quite a bit of arm-twisting from former ICFA Chair Warren Juliano and several others to convince him to attend an ICFA meeting nearly a decade ago. But once he got there, it wasn’t long before he began asking himself why he had stayed away.

“I was so inspired by the ICFA board members, especially the suppliers and manufacturers, who were so willing to devote all this time and energy to help retailers grow,” he said. “They’re running their own businesses every day, just like the rest of us, yet they’re still making the time to contribute to the growth of our industry. I felt guilty I wasn’t doing the same.”

But starting in January 2020, it will be Pucci leading the arm-twisting when he takes over as ICFA president.

“I could not be happier that I made the decision to get involved with this organization,” he said. “I believe we’re making a difference, but we have so much more we can accomplish. We just need more people willing to help.”

Pucci, who is president of Great Gatherings, a five-store chain in the Washington, D.C., market, will be only the second retailer to lead ICFA since the organization was created in 2008.

He is quick to acknowledge that retail participation in the group is not at the level he would like, and he believes a big part of his new role will involve educating fellow retailers about the benefits of joining ICFA.

Not only can members save on back-office expenses such as health insurance, credit card fees, and the like, they can also immerse themselves in a variety of learning opportunities – notably the annual educational conference that takes place Feb. 4-7 in San Diego as well as a series of monthly webinars.

“Running any business has great challenges but getting away from your business for a few days and listening – with an open mind – to other successful business owners in your industry can make a difference,” Pucci said. “The quality of the speakers we have lined up is incredible. They are some of the finest professionals from outside the industry who can help us all run our business better, whether it’s marketing, staff training, understanding consumer behavior, or a number of other areas.”

Pucci believes the casual furniture segment is on the cusp of an “incredible growth opportunity” that’s being driven by numerous high-profile full-line furniture retailers who have entered the category in recent years, as well as several equally high-profile e-commerce players.

And it may come as a surprise to learn that he doesn’t view e-commerce sites as mortal enemies who are out to destroy the business of specialty-store chains like his. Instead, he believes their growth boosts everyone’s chances of success because they have raised consumer expectations about the shopping experience.

The challenge, of course, is meeting those expectations and delivering an unparalleled in-store shopping experience.

“E-commerce sites do a wonderful job of educating consumers about our category, so when they decide to visit a store, they already have a good idea of what they want,” said Pucci. “But that raises expectations about the shopping experience, so we have to continue to surprise the consumer once they come in the store and provide an experience they can’t get anywhere else.”

A key component of the shopping experience is the sales associate (they’re called “consultants” at Great Gatherings), and one of Pucci’s goals as ICFA president is to finalize an interactive sales training program that has been in the works for several months.

“We need to keep adding value to the shopping experience, and this training program, which I want to launch sometime in 2020, will really help,” he said,

Pucci said he realizes some retailers are not comfortable with the rapid pace of change in the casual furniture category, but said retailers have a responsibility to help consumers meet or exceed their expectations of what their outdoor living space can become.

“If retailers become involved in ICFA and they hear stories from other retailers and manufacturers who are succeeding in today’s environment, it will help inspire them to take action that they might not otherwise be willing to take,” he said. “And in many cases, it’s action they need to take now.”

Although he will be only the second retailer to lead ICFA, Pucci is anything but a stranger to manufacturing. In fact, he has been a manufacturer – of pool tables – longer than he has been a retailer.

“I had been in retail very early in my career and wanted to do retail again. So that’s when we started Great Gatherings,” he said, noting that some of his American Heritage retail customers also sold casual furniture.

He said his deep experience in manufacturing and retailing gives him a unique perspective at ICFA since the organization serves both segments of the industry. And the rapid change the industry has undergone in recent years has increased the need for the two segments to be partners rather than opponents locked in mortal combat. He believes both suffer when there’s an adversarial relationship and the two sides don’t fully trust one another.

“If all of us come to the table with an open mind, that’s where ICFA can help everyone’s business and grow this great industry,” said Pucci.